nland Navigation Europe welcomes the provisional agreement on the Connecting Europe Facility II (2021-2027). We strongly support the overall aim to invest in public goods infrastructure of EU added value as well as in digitalisation and decarbonisation to achieve EU sustainability and innovation goals.

INE is very pleased with the strong backing of the European Parliament for a higher co-financing rate for trans-European waterways. It will be of strong support to create a quality infrastructure network by 2030. Next to capacity upgrades, waterway authorities work towards a reliable network with continuity of navigation and high service levels. Finally, investments are needed to anticipate to climate change and be ready for technological changes.

INE remains concerned that CEF Transport will obtain less money than in the current financial period 2014-2020. The total amount for the general envelope, BEUR 12.83 is in constant prices and not in current prices. INE advocates that the resources for transport should be reinforced or at least maintained at the same level as before. We team up with more than transport sister organisations in the MoreEUbudgetfortransport campaign to push for a higher CEF budget. 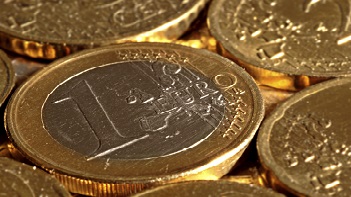