In its communication ‘A Clean Planet for All’, the Commission lays down a European strategic long-term vision for a prosperous, modern, competitive and climate-neutral economy. There is no doubt that transport will look quite differently in 2050 and so will inland shipping.

The EU NAIADES II action programme is coming to an end in 2020. The next period 2021-2027 will be a crucial period to effectively prepare inland waterway transport with the right policy framework into a climate-neutral, climate resilient, clean and smart transport mode so it will be the ‘incontournable’ option to help beat congestion and reach EU transport & climate goals.

In October 2018, the Central Commission for the Navigation of the Rhine released its Mannheim Declaration, followed by a Declaration of the Inland Navigation Sector. In December 2018, the Ministers of Transport adopted Council Conclusions to exploit Inland Waterway Transport to its full potential and the European Parliament adopted a Resolution early 2019. All institutions and organisations urge the Commission to update and renew the NAIADES II programme by 2020 and to ensure the potential of inland waterway transport as a safe, sustainable and effective mode of transport in the multimodal transport system.

The new Commissioner will ultimately decide on the successor of the current NAIADES action programme.

In order to prepare a strong input for the preparation of a Strategic Inland Waterway Transport Agenda for Europe (2021-2027) by means of a set of recommendations and a roadmap with actions, to be adopted at next NAIADES II Expert Group meeting of 17 October 2019 in Brussels a stakeholder workshop will be organised aiming to gather all members of the Naiades Expert Group, representatives from the European Commission, Member States, River Commissions and other stakeholders to build on existing work and prepare recommendations for actions to match the challenges ahead.

The Brainstorm Workshop for the Strategic Inland Waterway Transport Agenda for Europe will be organised as a co-creative process in brainstorm sessions to allow open discussions around the key areas of importance for the future development of inland waterway transport, and will take place on 9 September 2019 in Brussels. 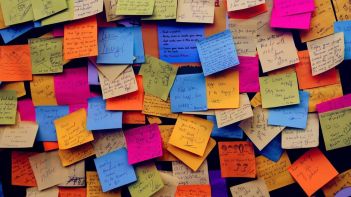