Water tourism is booming, so user-friendly and safer boating for leisure boaters has become a high priority.

Numericanal – which was led by the Canal & River Trust of the UK – involved partners from the Netherlands, France and Belgium, and collaborated on a transnational strategy for developing e-services, information and communications along smaller dimension waterways.

Stephen Higham, European Funding Manager at Canal & River Trust said, “This project has started the process of bridging the gap between the problems waterways face and the technology available, as well as the distance between our partners. Historically waterways have been managed at local level, and there have been few instances of technology being shared across borders. Numericanal challenged this, and has led to a real change in the mindset of waterway organisations along with innovative technological advances.”

The project was financed by the Interreg North West Europe programme (2007-2013) and has now been completed.

All work can be used by other organisations looking to digitise and automate aspects of their waterway management. 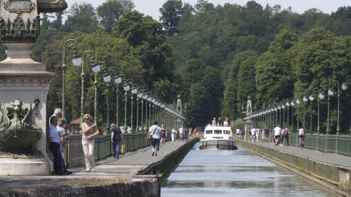